Welcome to the life giving words of God that we will be using in this post. I hope you’ve read part one of this series. Reading the book of Colossians will help you to understand the context of what we’re talking about—living in the power of the risen Christ! 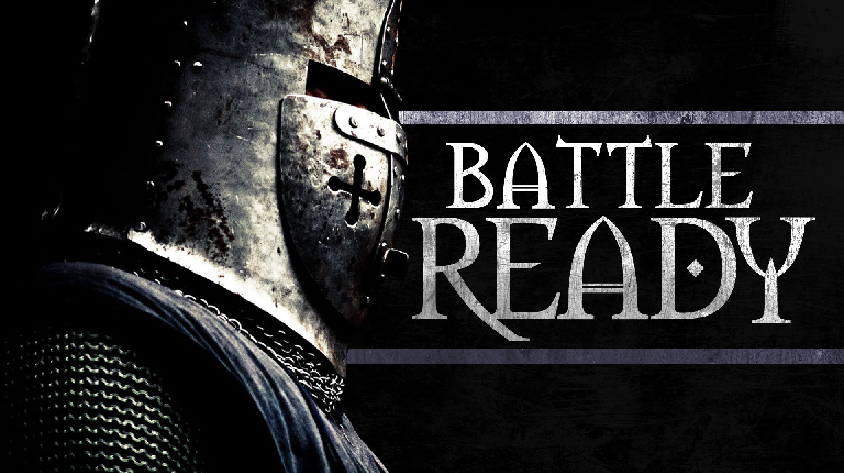 In our Colossians text we find an empowering master key, both for conquering sins of the flesh, and for practicing godly relationships in the church, the home, the workplace, and the world in general. Here in Colossians the Spirit in essence is saying:

To win against sin, live in light of your new identity in the risen Christ.

Occasionally you’ll meet a dear saint who claims that he lives above all temptation and sin. That he or she has learned the secret of victory, where they abide in Christ to the point that sin is never a problem! They intimate that they have no more temptation, and they always respond correctly, with never even a wrongful thought. I wouldn’t purchase a used car from a person who says that. In order to disprove their claim, just talk to those who live and work with them. You’ll no doubt hear a different story.

I pray that every one of us is able to admit our continuing need for God’s grace and mercy, and confess that we fight a daily battle against the sins of the flesh. These sins are mainly what Paul has in mind when he directs us in Col. 3:2 not to think “on the things that are on earth.” That phrase is repeated verbatim (in the Greek text) in verse 5, where Paul tells us (literally) to put to death our members “that are on earth.” He goes on in 3:5 & 8-9, to list many sins that we may struggle against: immorality, impurity, fleshly passion, evil desire, and greed, along with; anger, wrath, malice, slander, abusive speech, and lying. Paul wouldn’t tell us not to have our minds characterized by these sins, and to put them to death, if we were not going to face some battles concerning these things.

Through the new birth (regeneration or salvation), we are radically different than we were before. We were once enslaved to sin, but Christ has set us free—free to choose the things above and walk in the Spirit, rather than being controlled by the lusts of the flesh. Our old nature, however, was not eradicated! It’s up to us to seize upon the power made available to us to resist temptation by walking in the Spirit, which is relying on God’s power. It is great news that we are no longer bound to obey the demands of the flesh. As Christians, we have to actively fight against these sins, BY living in the victory that Christ won for us. Though we still sin at times, that’s not what we want to do—we want to be holy as He is holy. Our hearts and minds have been redeemed, so that we now want what God wants. And that brings us to the question: How can we be more obedient to the One we love?

These verses are very Christ-centered. Paul mentions “Christ” four times in four verses. There are two sides to our identity in Him. Firstly:

The problem with this truth is that I don’t feel dead toward sin, or to the world. In fact, to be honest, when I am tempted to sin (which is often), my old nature feels very much alive and well! There’s a strong inner desire to indulge in sin because the sinful flesh is still in my body waging war against my mind, but it’s not in my spirit. So then, what does it mean that I am dead to sin, in Christ? And how can this help me to overcome sin in my life?

One answer lies in our remembrance that death, in the Bible, never means cessation of existence, but rather, it means separation. When we die a physical death, the soul is separated from the body. To be identified with Christ in His death means that I am separated from the power of the flesh, from the power of sin, and from the grip of this evil world. I am now a citizen of the Kingdom of Heaven, so that I do not have to obey the sinful laws of my old country, of this sinful world.

I like using the illustration of a man who was a citizen of a country which had imposed a 6 p.m. curfew, but then he moved to the United States and becomes a citizen there. He’s no longer under that old curfew law. But because he has lived under that old law for so long, he still may feel if he’s bound to keep it. But the truth is, he’s not. He died to that old law and its power over him so that he now can live under the new laws of freedom that characterize his new country.

Here’s a different analogy of the same principle. I grew up sort of country, so I’ve seen a lot of old cars sitting up on jacks in people’s yards. If you’ve ever seen a car with the wheels off the ground, you know that (if it runs) you can step on the gas pedal and the wheels will spin like crazy, but the car doesn’t go anywhere. The wheels are separated from the ground. When you’re tempted to sin, your old nature may get all revved up and make a lot of noise, but we now can say, “My old nature died with Christ—I am separated from its power.” It has been rendered inoperative, so that it doesn’t have to go anywhere! As Paul says in Romans 6:11, “Even so, consider yourselves to be dead to sin, but alive to God in Christ Jesus.”

Therefore, it’s not a matter of feeling dead to sin, but rather it’s a legal fact. If we’re joined to Christ by faith, we’re one with Him in His death. We’re divorced from the old life, which was like a tyrant, keeping us in sin. But now we’re married to a new husband who gives us new life and freedom from sin. But we didn’t just die—we have new life! The stellar flip side is this —

… having been buried with Him in baptism, in which you were also raised up with Him through faith in the working of God, who raised Him from the dead. When you were dead in your transgressions and the uncircumcision of your flesh, He made you alive together with Him, having forgiven us all our transgressions.

Now, again in Col. 3:1 — “Therefore if you have been raised up with Christ, keep seeking the things above, where Christ is seated at the right hand of God.” In the Greek text the word “if” does not imply uncertainty. We can be certain. And Paul is writing that God wants us to consider the implications of it. Like being united with Christ in His death, being raised up with Him is not a matter of feeling, but one of fact. When Jesus was raised from the dead, if by faith we’re in Him, we also were raised.

Being raised up with Christ teaches us that salvation is not a matter of human decision or will power, but rather of God’s mighty power imparting life to us back when we were dead in our sins. Salvation is not making a resolution to kick our bad habits to the curb, or to clean up our act. It rather involves the life-giving power of God, who raised Christ from the dead. It means, as the Puritan, Henry Scougal, put it, “The life of God in the soul of man.” It means that we are so united with Christ that He is our life! Col. 3:4 says “When Christ, who is your life, appears, then you also will appear with him in glory.”

Just as a branch draws its life from the vine (John 15:1-6), so we must live in dependence upon the supernatural power of the risen Christ. We place no trust in our own human strength or will power, as if we merely receive a little help from God now and then when we think we need it. It means living in union with the risen person of Jesus Christ. He is our new identity.

(To Be Continued)  Have  a Power packed day in Christ! God Bless You.