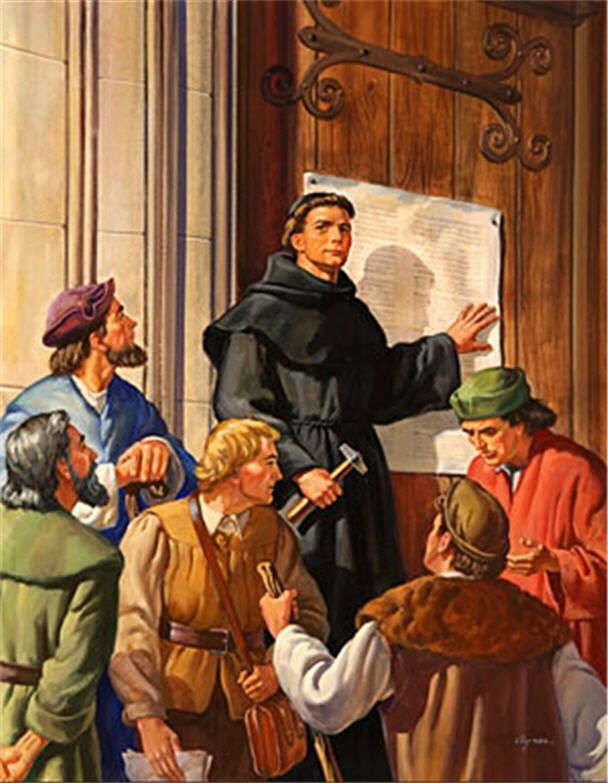 God has always had His faithful remnant—those who hold to the true gospel of Jesus Christ and the doctrines given through His holy Apostles. And yet, much of that doctrine, along with the genuine essence of the Good news down through history, has gone through periods of being horrendously obfuscated for many. It was progressively obscured for centuries by the devilish deceptions imposed upon the minds of a great number of professing Christians. Much heresy was perpetuated by the Roman Catholic state church. But praise God! He has raised up genuinely heroic reformers who, though threatened with being ostracized, excommunicated, imprisoned, or even killed, shone the light of the true Gospel of Jesus Christ.

We do not reject or deny the salvation of individuals simply because of what denomination they may be. We hold that God has, and will continue to lead many souls across the threshhold of eternal life in Christ regardless of their denomination. Requisite, however, is the hearing of the truth of the gospel. So long as they are exposed to the scriptures, or have had the Gospel of Christ preached to them, for faith comes through hearing the word of God.

Probably the best-known event which effectually launched those trying years of reformation transpired on October 31, 1517, when in defiance of the hierarchal reign of religious tyranny, Martin Luther valiantly nailed his 95 theses to the door of Wittenberg Castle church. There were myriad truths to be reclaimed—truth which had been hazed over by powerful Catholicism. And out of this reforming movement came Protestantism, blazing with luminary, life-giving truth.

Jesus said that He would build His church, and that the gates of hell would not prevail against it. This magnificent promise continues to be a comforting balm of assurance, especially in our society’s current climate. It’s heartening to know our Lord has things well in hand—we need that affirmation. Because, pseudo Christianity is again on the rise, and a plethora of bogus doctrines are promulgated. False gospels abound and antichrists are plentiful. Most of these are nothing new, but merely old heresies packaged a bit differently than they were in the past to better deceive modern day man. Thankfully, God’s word remains flawless, and we strive to defend the faith delivered by our fathers—its precious authenticity, “against the novel opinions of its opponents.” (Augustine)

If we were to condense some of the most dynamic truths recaptured by the reformation and communicated them, at the heart of such a synopsis would surely be the Five Solas; particularly in reference to soteriology (the doctrine of salvation). But equally important is the authority and inerrancy of scripture in juxtaposition with that of the church and its traditions. Sola is the Latin word for “alone.”

THE FIVE SOLAS ARE:

We affirm the faith delivered to us by Jesus’ holy Apostles who teach us that we are saved by grace alone, through faith alone, in Christ alone, to the glory of God alone. We also affirm the inerrancy and supreme authority of scripture.

Taking each of these vital truths individually, for the understanding of everyone, I’ve already given each of them a brief explanation above. To treat them more thoroughly, I’ll be following up with truncated articles to expound each definition with corresponding examples and applications in succeeding posts and links. We will also discuss regeneration by faith alone, and the righteous works which invariably will follow.

These truths are vital for selecting which church to join ourselves to. They are vital for understanding how to be saved. Knowing them can aid us in detecting false doctrine and error. This is why I’ve begun with the most important of the “Alones”—Scripture Alone, from which all five are validated.

Please subscribe to be notified when the highly important coverage of these topics are posted. May God bless you with His presence and bolster your peace, strength, hope & joy today.